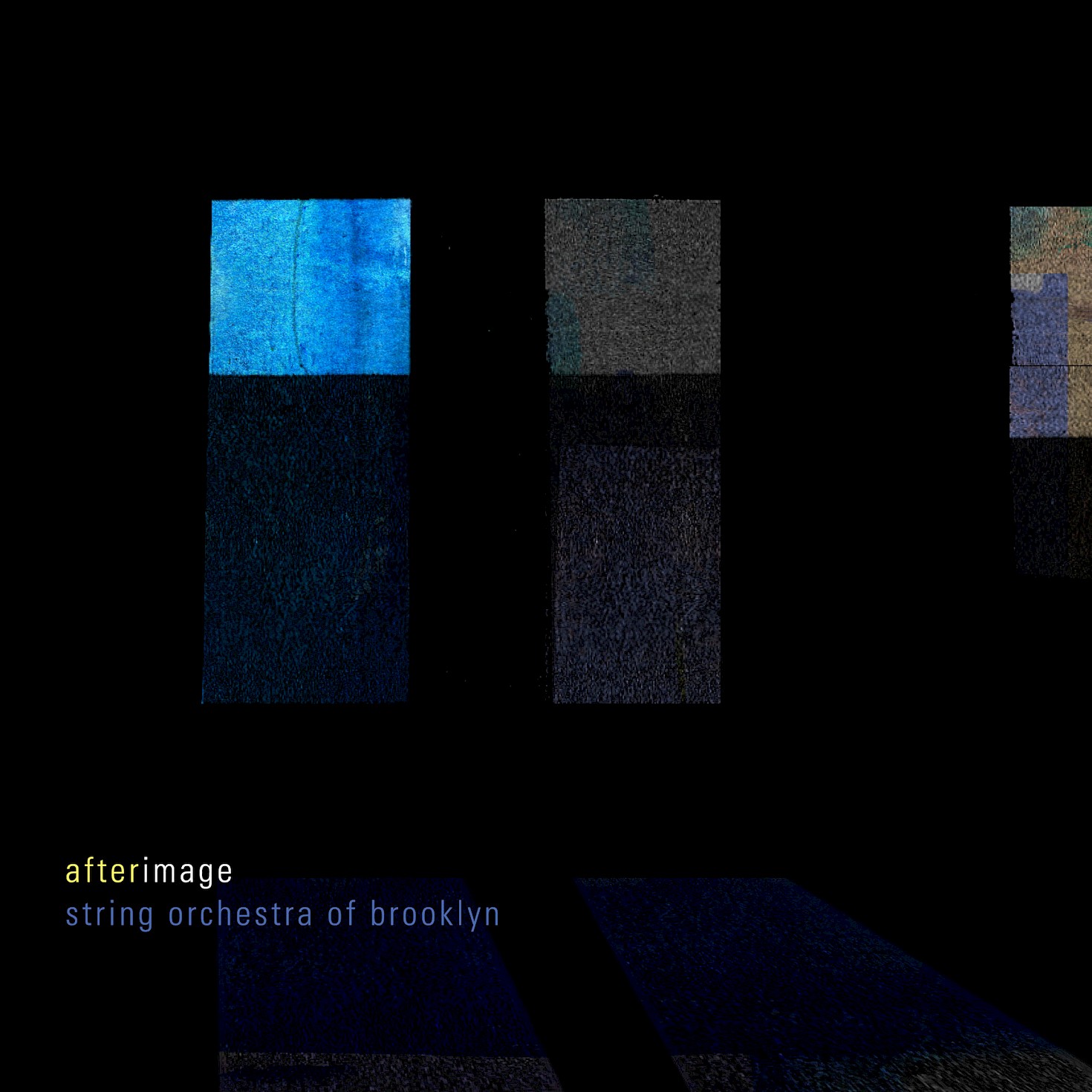 Of the release, SOB conductor Eli Spindel says, “Recorded in 2016 and now released in 2020, afterimage features some of String Orchestra of Brooklyn’s favorite long-time collaborators. Jacob Cooper's Stabat Mater and Christopher Cerrone's High Windows take as their starting point a single moment from an older work and––through processes of repetition, distortion, and, in the case of the Stabat Mater, extreme slow-motion––create a completely new soundscape, like opening up a small door into an unfamiliar world. We hope you find them as beautifully disorienting as we do.”

Christopher Cerrone’s High Windows (2013), co-commissioned by the String Orchestra of Brooklyn and the Toomai String Quintet, was inspired by the windows of St. Ann’s Church in Brooklyn, the space in which the piece was first performed, and also refers to a Philip Larkin poem in which the author sums up the tumult of his youth. Cerrone reflects, “High Windows was a piece written for friends: Eli Spindel and I were neighbors at the time and I’m a longtime collaborator of the original soloists and co-commissioners, the Toomai String Quintet. I knew the church where the work would be premiered and the specific skills and strengths of the orchestra. There are many things in High Windows that are old: the opening of the piece samples a fragment from one of Paganini’s Caprices (No. 6 in G minor), the central section quotes an older piece of mine (Hoyt–Schermerhorn, for piano and electronics), and perhaps most prominently, High Windows is a sonata, a musical form which originated in the 17th century. In using these old elements and putting them in a familiar order, I strove to create recognizable signposts to guide the listener through the distinct sections of the piece. As a result, the focus becomes not these distinct sections, but rather the interaction between them: how they fit together, commingle, and discretely evolve and resolve. More than anything, though, the piece is an exercise in mixing these disparate elements—high and low, allusion and abstraction—to make something new.”

Jacob Cooper says, “When I wrote Stabat Mater Dolorosa (2009) a decade ago, I was fascinated by empirical studies that suggest we experience an extreme slowing-down of time at the moment of (near-)death—a car suspended in the air during a violent crash, or a slip down a steep rock face, creating a sense of eternal present. I decided to transfer this concept of temporal hyper-magnification to music, using a time-stretched version of the first movement of Pergolesi’s 1736 Stabat Mater as a point of departure. While the Stabat Mater text focuses on the Virgin Mary’s grief over Jesus’s death, Stabat Mater Dolorosa piece sheds the Christian framework, adapting the text to contemplate maternal grief more generally while attempting to retain much of what a religious meditation can offer: unencumbered time to reflect, a sense of spirituality, and perhaps, even a brush with transcendence.”