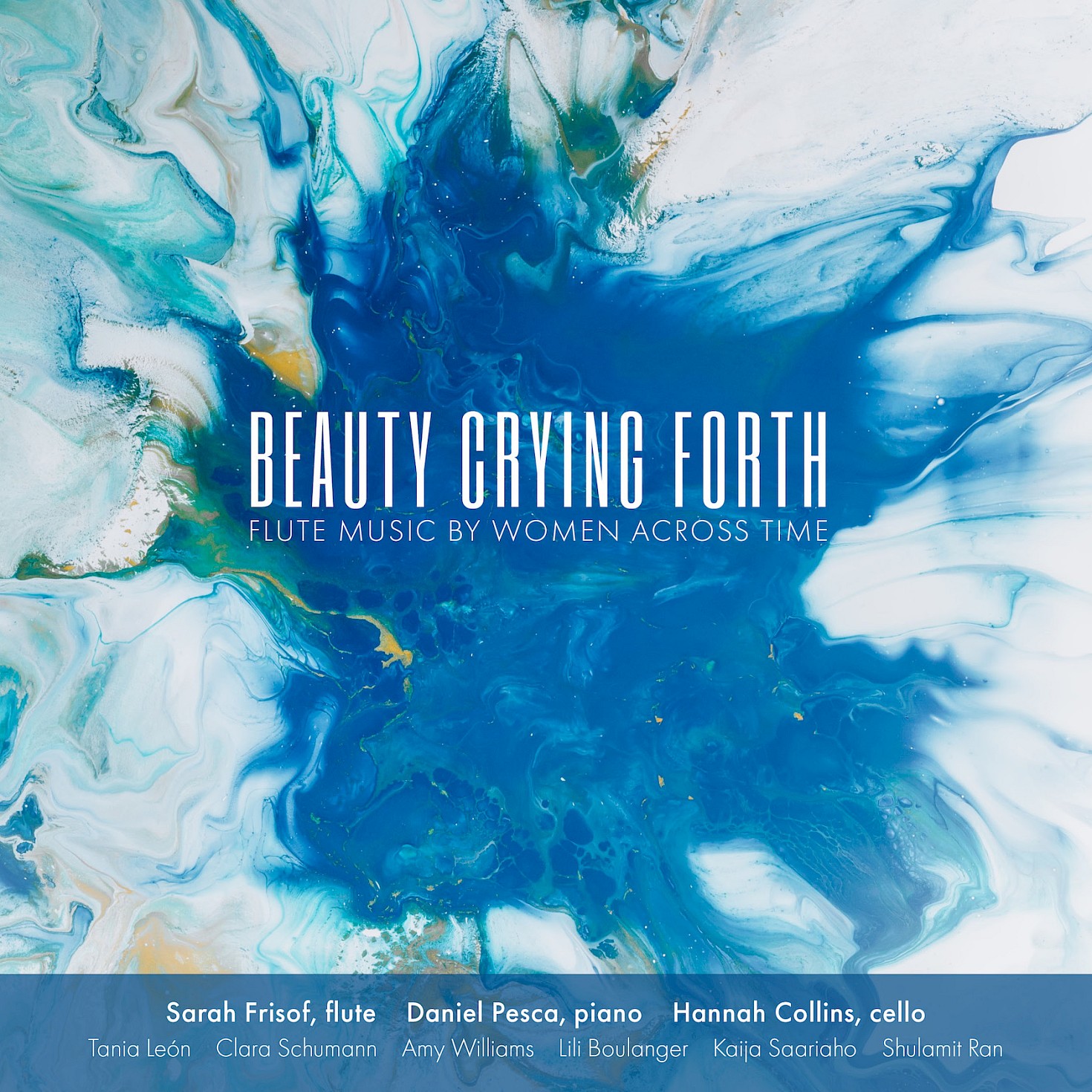 The earliest pieces on our program are Three Romances, Op. 22, by Clara Schumann, originally composed for violin and piano. In her lifetime, Clara Schumann was best known as a pianist, and her talents as a composer were eclipsed by the renown of her husband, Robert. Composed in 1853, these exquisite pieces exemplify her distinctive musical voice, especially her gift for singing melody, and feature beautiful writing for both instruments.

Lili Boulanger’s life was tragically cut short by illness at age 24, but even by that age, she had become prolific and accomplished. Among other distinctions, she was the first woman to win the Prix de Rome, the highest honor in French music. She composed her Nocturne at age 18. While the melody is simple and graceful, the piece takes harmonic turns that reveal how she had mastered the idioms of Gabriel Fauré, her mentor and a leading figure in French Romanticism. D'un matin de Printemps is her final work, written shortly before her death. The two pieces reveal what a metamorphosis her style had undergone in just six short years: In D’un matin de Printemps, it is evident she has fully absorbed the impressionism of Debussy, and the piece dances through a whirlwind of rich modalities and varied textures.

Our record then skips forward about 80 years, to Kaija Saariaho’s alluring trio Cendres (1998). Influenced in her younger years by the Spectral movement in French music, Saariaho developed a musical language all her own, combining rigourous inquiry into instrumental timbre with a poetic language rich in symbolism and expressive depth. She has written extensively for flute and cello, including a double concerto, ...À la fumée, from 1990. In Cendres, she writes sumptuously for both instruments, with the piano creating a web of texture that binds together the sonorities of all three, resulting in unexpected, often mysterious colors.

Amy Williams traces the inspiration for First Lines to reading poetry in the library of the Bellagio Center in Italy in 2006. As she read, she “was struck by the ability of a strong poem to instantly pull the reader in, to create a richly developed atmosphere in the very first line. I began to imagine how this same effect could be achieved with music. That set me on the course of writing a series of miniatures, each inspired by a different poem by women poets, all former residents of Bellagio.” Williams masterfully matches music to each line of text (printed later in this booklet). In vignettes, some as short as twenty seconds, she evokes entire worlds of sensation.

In 2007, Cuban-American composer Tania León wrote Alma for flutist Marya Martin. About this work, León writes: “In Spanish, ‘alma’ means soul or spirit; invisible forces, like the wind that caresses the chimes outside my window. The opening and closing of the piece evokes the sound of these chimes. The mood of the middle sections is propelled by the cascading of pitches that at times converge and diverge, a myriad of colors in playful conversation of bouncing gestures.” Alma is characterized by its lively, virtuosic writing for both instruments, which together navigate a kaleidoscopic array of moods.

Shulamit Ran has a preeminent position among composers of her generation, thanks to her impeccably crafted, vividly communicative music. These qualities are radiant in Birds of Paradise, a sonata-length work composed in 2014 which showcases both the lyrical and technical capabilities of the flute. Ran writes, “My work intersperses music that is brilliant and energetic with the wondrous and songful,” creating music in which “shifting motion and brilliant color take center-stage.” The three movements of Birds of Paradise flow toward its propulsive conclusion, in which a torrent of activity in the piano underlies a flute line that dives and pirouettes.

Sarah Frisof is currently the Associate Professor of Flute at the University of Maryland. She was a semi-finalist in the 2009 Kobe International Flute Competition, and the 2nd Prizewinner of the National Flute Association’s Young Artist Competition and the Heida Hermanns International Woodwind Competition. Sarah has attended the Verbier, Tanglewood, Pacific, and Aspen Music Festivals, and she has played with many major symphony orchestras. She serves as principal flute with the Dallas Wind Symphony, and each summer she plays at Music in the Mountains (Durango, CO) and the Sunflower Music Festival (Topeka, KS). Her interests in outreach and education have taken her to Zimbabwe and Brazil, where she ran music programs and participated in humanitarian work. Sarah previously served on the faculties of the University of Kansas and the University of Texas at Arlington, and is a graduate of the Eastman School of Music, the Juilliard School, and the University of Michigan.

Daniel Pesca, pianist and composer, has played the world premieres of over 100 works, many written for him. In the process, he has shared the stage with many renowned ensembles, and has appeared at the Library of Congress, the Kennedy Center, NYC’s Miller Theatre, Carnegie Hall, June in Buffalo, and international contemporary music festivals. Daniel has performed as concerto soloist with the Eastman Wind Ensemble, Oberlin Sinfonietta, Aspen New Music Ensemble, and Slee Sinfonietta. He is on recordings from Urtext Classics, Centaur, and Oberlin Records, with new solo recordings soon to appear on Nimbus and Albany. Daniel is Assistant Professor of Music at University of Maryland, Baltimore County. Previously, he was artist-in-residence at the University of Chicago. He is the pianist of the Grossman Ensemble (resident new music ensemble, UChicago) and the co-director of the Zohn Collective. Daniel holds a doctorate from Eastman.

Winner of De Linkprijs for contemporary interpretation, cellist Hannah Collins is a dynamic performer devoted to diverse forms of musical expression. She is committed to championing compelling new works with New Morse Code, her duo with percussionist Michael Compitello, and has recently performed with The Knights, A Far Cry, The Sebastians, Cantata Profana, and Ensemble Connect. Hannah holds degrees in biomedical engineering and music from Yale University and the Royal Conservatory of The Hague. She is currently Assistant Professor of Cello at the University of Kansas and Assistant Director of Avaloch Farm Music Institute.