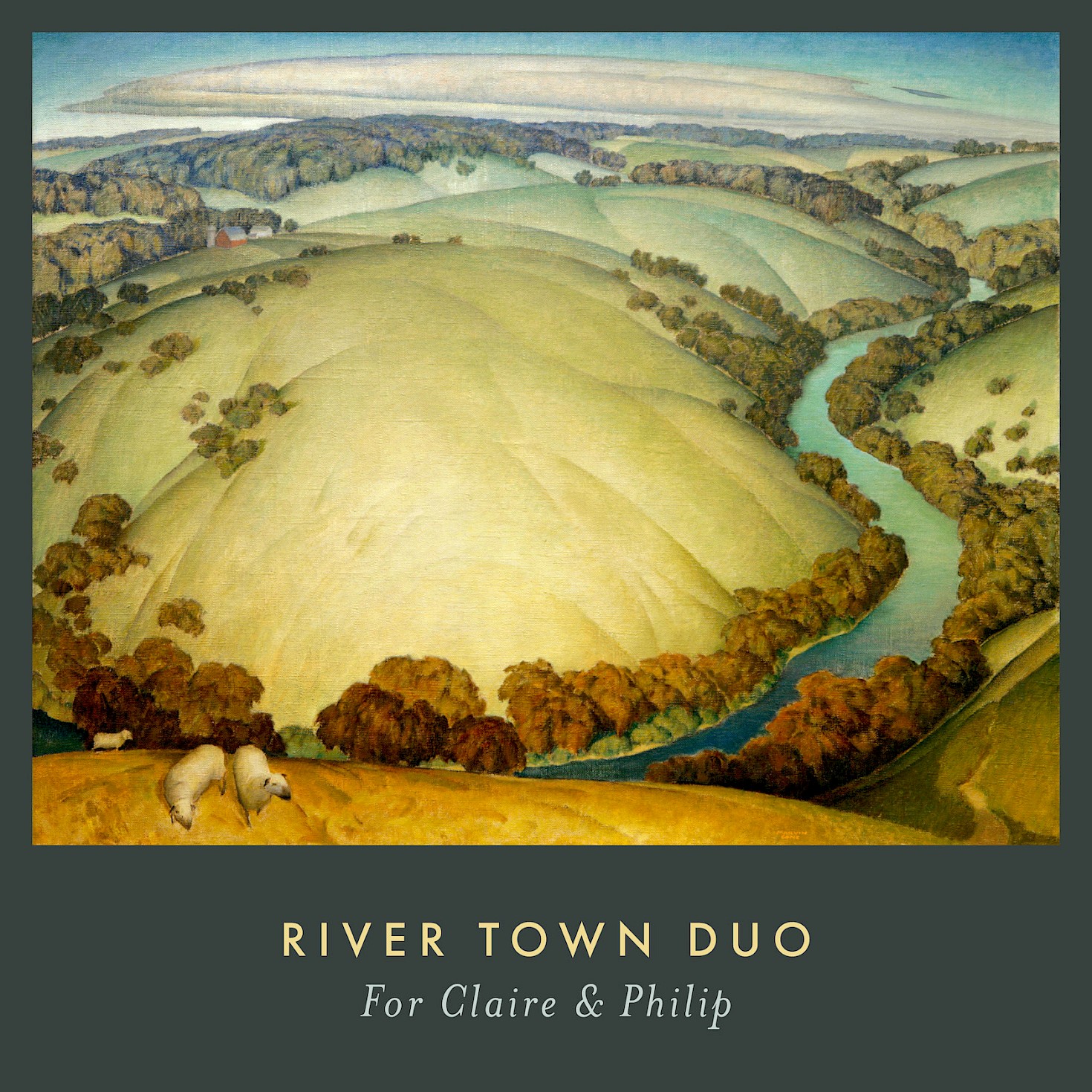 The album opens with the recording’s catalyst: its eponymous work For Claire & Philip by Pulitzer Prize winner Caroline Shaw. “Claire and I were most fortunate to share friendship with Caroline Shaw during our graduate studies at the Yale School of Music,” explains Alejo. “We knew we had to ask Caroline for a piece. Of course, this resulted in a musical gem and inspired us to commission a handful of other works by young composers.”

“intimate and inviting… a commendable and beguiling collection.”
– Textura

“The album argues for many things, two of them the diverse range of material the composers created for their instruments and the superior musicianship demonstrated by the duo in their performances. Perhaps the primary takeaway, however, has to do with the possible terrain opened up by Alejo and Ashe: it's conceivable that an abundance of future works composed for River Town Duo and the harp-and-double bass combination in general will materialize as a consequence of this release.”
– Textura

What binds these diversely styled compositions together is the beautiful performance by Ashe and Alejo. Their collective sound is luxuriant and vivid, their individual sounds finely etched. Ashe’s playing is sensitive but sharply focused; Alejo’s signature is a smooth arco that’s forcefully robust in the lower register and highly refined in the upper register. A delightful album.

"Overall, the album, For Claire & Philip, offers a fresh, innovative reassessment of two instruments we know and perhaps have taken for granted. The album is also a tasty sampler of some of the wonderful new music being composed in our time."

"One of the delights of this album is the unexpected richness and emotional capacity of these two instruments: the variety of percussive effects, sweet melodies and sometimes aggressive bantering. There are dozens of effects, individually or together, that listeners may have never heard before. In 12 tracks, the listener is enchanted, lulled, shocked, and needled as two masters of their craft engage our attention with a full range of feelings, ideas and good humor.”

"I can’t say enough good things about For Claire & Philip”

John Schaefer featured a couple of tracks from the album on New Sounds Live.

Perhaps the most lovely are Evan Premo’s Two Meditations on Poems of Mary Oliver, played as rhapsodically and longingly as the poems they are based on. Contrast that with Derrick Evans’ Lotusland. Inspired by an unsettling experience atop a mountain peak at night, he uses extended techniques liberally to recreate that jarring moment.