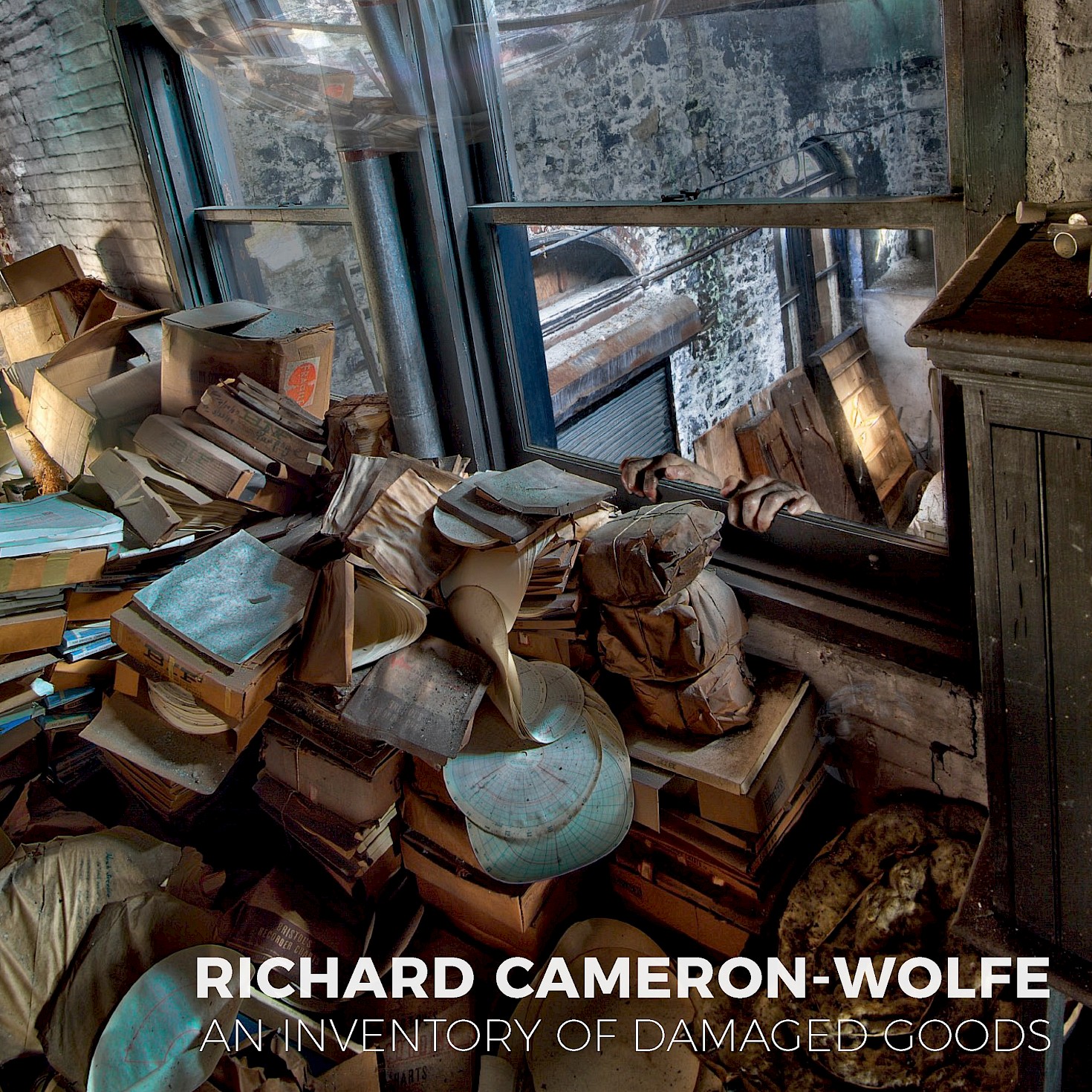 The music of Richard Cameron-Wolfe is not intrinsically abstract, instead residing in various realms of non-abstraction - each composition’s seed-ideas emanating from an extra-musical impulse. Here we find, for example, psychodrama (three micro-operas), sound-portraits (Inventory, Lilith), esoteric symbolism, and ritual processes – all articulated in macro- and micro-structures based on the irrational elasticity of the prime-number series.

The repertoire of this CD brings together musicians from New York City and Los Angeles - eight outstanding performing artists with a deep understanding of contemporary music styles, vocabularies, and rhetoric. In addition, Cameron-Wolfe’s long-time friend, the distinguished actor Kevin Kline, makes a special “under the radar” guest appearance as poet-narrator in the micro-opera Sound-Shroud.

Where some artists strive for perfection, I am reconciled to merely telling the Truth. I note that artists and craftsmen of many world cultures have intentionally introduced flaws into their creations, thus reminding themselves that im-perfection is an essential component of being human. We see an example of this in the Navajo weavings, where one can find the ch’ihónít’i, the “spirit line”. Our flaws make us credible.

An Inventory of Damaged Goods (2015-16)
This large-scale solo piano “suite” bears comparison with Mussorgsky’s Pictures at an Exhibition. Between its Prelude and Postlude are five “portraits”, linked by “anomalies” - brief transition (“promenade”) sections. It was composed, as with all of Cameron-Wolfe’s piano music, for his sister, Gayle Blankenburg.

MeMarie micro-opera for soprano alone (1970)
This “three-act” soprano theatre-piece was created in response to the death of the composer’s grandmother, whose name was Marie. Inspired by the visual-sonic-kinetic aesthetic of “concrete” poetry, its libretto is a collage of three elements: a poetic text (sung), a small-town newspaper “In Memoriam” (in sprechstimme), and a mathematical formula using “imaginary numbers” (abstractly intoned). Words and syllables are isolated and reassembled, often creating new dramatic-poetic images; e.g., since and gray will yield sin and grace.

Invocations of the Aetherwind (1982)
This set of four piano miniatures (Earth, Air, Fire, Water) is permeated by a fifth element – the aether, or spirit - represented by a sonority which, true to its alchemical role, is not actually played. Rather, it resonates sympathetically, “invoked” with the use of a wedge-preparation to several of the piano keys. This aether sonority is in fact Alexander Scriabin’s overtone-derived Prometheus chord. It timbrally enriches the texture and permeates every place which otherwise would have been silent.

Mute Hand Muse micro-opera “for a waking dreamer” (2015)
Diagnosis: “She has lost her bearings”. This brief theatrical work is scored for soprano, alto/bass flutes, and piano. Its libretto is a 1992 dream-poem by the composer. The setting is (perhaps) a mental institution and the (possible) in-patient is clearly schizophrenic. What is not clear, however, is the character-identity of the flutist and pianist – doctor, therapist, another patient? … or figments of the schizophrenic’s imagination? As in the earlier micro-opera MeMarie, the soprano often alternates between singing and sprechstimme.

Kyrie(Mantra)II (1984)
This flute/prepared-piano duo is a re-composition of Cameron-Wolfe’s 1972 Kyrie(Mantra) flute trio. (A transcription of Kyrie(Mantra) II for flute and guitar also exists – Kyrie(Mantra)IV - prepared in 2016 by Ukrainian guitarist Sergii Gorkusha.) Its theme is a Gregorian chant, which the composer learned from his Sufi teacher Pir Vilayat Inayat Khan. The theme is kaleidoscopically fragmented and perpetually varied, utilizing multiphonics, microtones, vocalization, and extended timbral vocabularies – including an elaborate preparation of the piano.

Prima Materia an etude (2001)
While recently searching for another score, Cameron-Wolfe discovered this short piano solo, clearly notated in his own hand, but he had (and still has) no memory of ever having composed it! The score bears the dedication for Carmen and Gayle. This etude’s technical challenges are in the areas of rhythmic complexity, while managing a wide contrapuntal texture, subtle gradations of pedaling, and frequent changes of dynamics. The title, Prima Materia, refers to the essential material required for the alchemical magnum opus – the creation of the Philosopher’s Stone.

Lilith (2011, first version)
This violin/piano duo, originally composed in the spirit of Karol Szymanowski for an “old school” violinist, is a portrait of Adam’s first wife – beautiful, strong, and enigmatic. She refused to be subservient to Adam and abandoned the Garden of Eden – after which God created Eve, from one of Adam’s ribs. The conclusion of this version suggests Adam’s solitude and bewilderment. (A second version, composed in 2016, ends differently, its final flourish representing Lilith’s liberation from the confines of the Garden.)

A Sound-Shroud for Bill Knott micro-opera (2015)
This ultra-brief theatrical work – for actor and Butoh dancer (optional) – with bassoon, trombone, and contrabass - is inspired by and dedicated to the memory of American poet Bill Knott (1940-2014). “I was introduced to his writing in the late 1960s by multidisciplinary artist Franz Kamin, and Knott’s poetry quite literally awakened in me the desire to become a composer.” - RCW [Note: As the score suggests, inclusion of the Butoh dancer would likely extend the performance by 2-5 minutes, in virtual silence at the beginning and end.]

A Song Built from Fire II (2014)
A simple Catalan folk melody is subtly woven into this exceedingly virtuosic piano work, enhanced by several vocal interpolations. Its text fragment – invoking an Atlantean serpent-deity – is from the writings of Jacint Verdaguer (1845-1902), regarded as one of the greatest poets of Catalan literature. The 1984 original version (without voice at beginning and end) was designated as “for singing pianist” and was commissioned/premiered by New York City pianist Sylvia Kahan. Additional thematic material was drawn from the “Fire” movement of the Aetherwind solo.