Reinaldo Moya: Hearing It Getting Dark 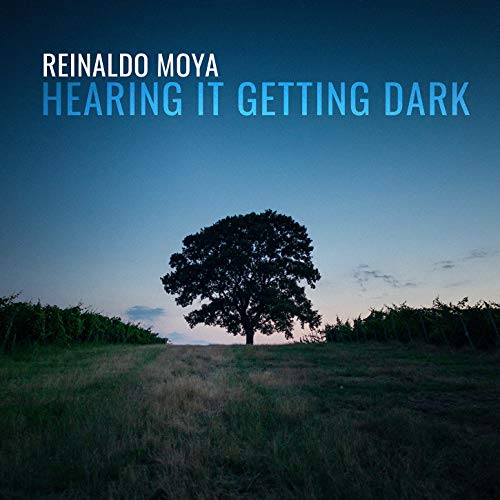 This is my debut album of original music. All of the works on here are chamber works, and they were written between 2012-2017: a time which represents my shift from being a student to developing my own fully realized individual style as a composer.

Walking Shadow, which I first wrote in 2012, began its life as a piece for dance, and it was one of the last things I wrote as a student. It begins in a claustrophobic manner, with an insistent motive, and ends in a much more open, gentle, and direct way. This would turn out to signal a turn in my writing towards a style more focused on storytelling, lyricism and clarity.

Works which were written slightly later, including Polythene Sonata Product and Violin 3.0, represent playful experiments: in these I was having fun with grooves, rhythmic structures and traditional forms (albeit in new ways).

Later in this time, I stopped worrying about what my music was supposed to sound like and I started thinking much more about bringing together the different parts of my musical personality, which at one point had seemed to be irreconcilable. This shift allowed me to be freer and more intuitive as a composer. This later style is lyrical, narrative, harmonically rich, virtuosic, and filled with textures that alternate between rhythmic grooves, and liquid wave-like soundscapes.

This piece plays with the distinction between minimalism and sonata form. Many works of minimalism unfold over long times scales with imperceptible transitions, but this piece, although it has a minimalist groove, has two conflicting–and maximally contrasting–themes, and even a recapitulation (both hallmarks of sonata form). The transitions between the two themes are abrupt, violent, and sometimes even bewildering. I called this mixing of minimalism and sonata form a “Sonata Product,” which conveys both the sonata-like structure and the influence of pop music (especially in its groove-based rhythms).

The image of a factory generating thousands of copies of a Sonata Product was one that stayed in my mind as I was composing the piece. This industrial feel is at its most apparent in the latter half of the piece. The word “Polythene” refers to a kind of plastic, and the term was immortalized by The Beatles in their song “Polythene Pam,” which is —somewhat ironically— not a real influence on this work.

To read the complete liner notes, purchase this album.