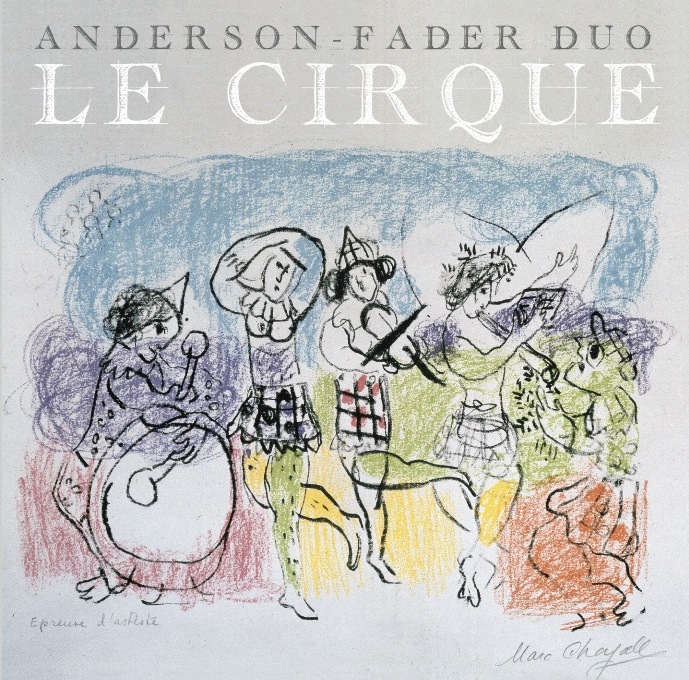 American music in the early 21st C. is a musical circus. Anderson and Fader offer a disc that traverses a broad range, outlined by two Pulitzer Prize winners – the brilliant maverick David Lang on one extreme, and the unrepentant modernist Charles Wuorinen on another. This disc includes many works commissioned by the duo, and most of them are recorded here for the first time.

It was comforting to be part of a project that we all understood. The Cold War was an era of shared values to a great extent, subject to rebellion from those who felt those values as a tyranny. "There is no name yet for this kind of music," wrote Los Angeles Times music critic Mark Swed of David Lang's work. We are now in the simultaneously wonderful and terrifying position where none of the music that matters to us fits neatly into any existing category (including the late great works of the aging and dying modernists), so it's exhilarating and exciting but unpredictable and anxiety-provoking as well.