Piercing are the Darts21st-Century Chamber Works 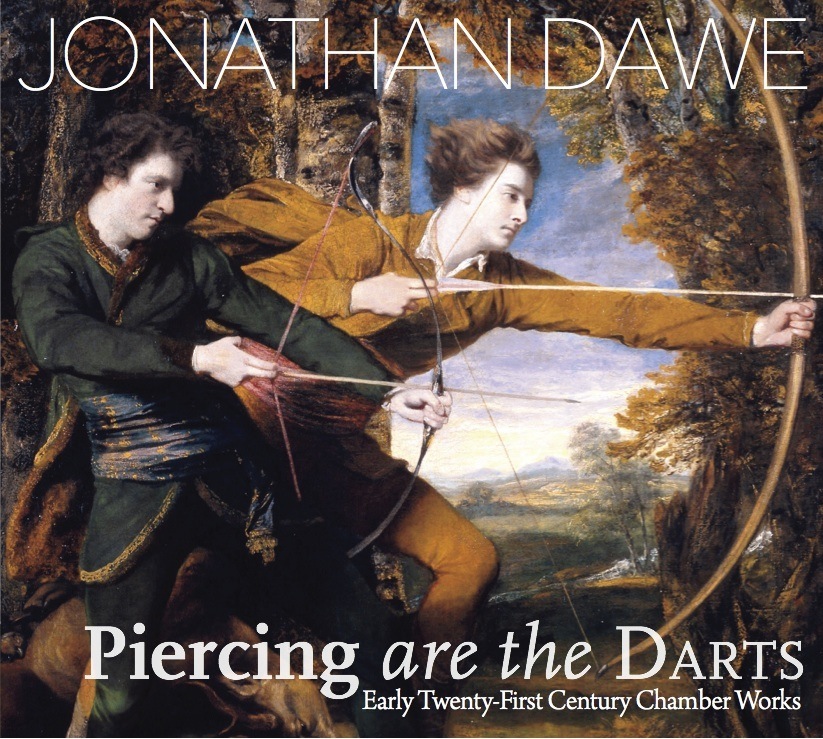 Known for his dramatic fractal transformations of Baroque sounds, Jonathan Dawe has forged over the years an original and highly distinctive compositional voice. This new collection of chamber works, featuring all premiere recordings, offer a robust perspective of the innovative and imaginative world of this American composer.

The highly innovative and conjured world of composer Jonathan Dawe joins Baroque imagery with a modernist mix, cast with dynamic dramatic flair. Cited for his “quirky, fascinating modernist variations on earlier styles”(Time Out) his music involves the recasting of energies and sounds of the past into decisively new expressions, through compositional workings based upon fractal geometry. Recent pieces and productions have been described as “music of such vitality and drama” (New York Times) “a brake squealing collision of influence” (Boston Globe) and “provocative.” (Time Out)

Described as “one of our most talented and distinctive – yet little-known – contemporary composers,” (Seen and Heard International) Dawe is the youngest composer to have been commissioned by James Levine and The Boston Symphony Orchestra. The Flowering Arts, a bold fractured transformation of Marc-Antoine Charpentier’s Les arts florissants, was hailed in 2005 as a “Powerful Premiere” (Boston Globe). Levine writes “His take on that earlier music is extraordinary.” Boston Herald concluded: “In classical terms Dawe is practically a kid so Levine’s interest should be taken very seriously.”