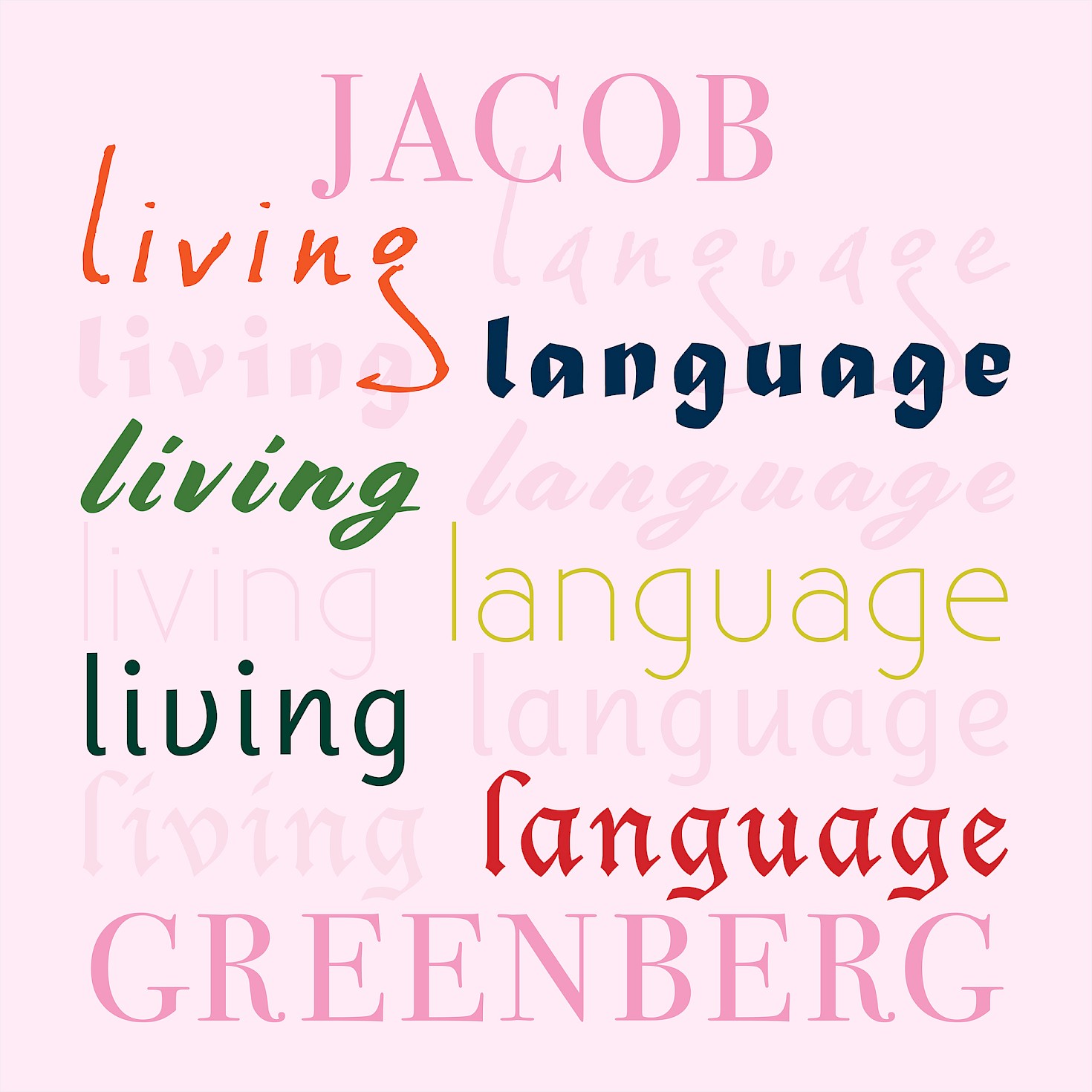 Living Language is pianist Jacob Greenberg’s consideration of musical style and evolving cultural legacy, across a broad range of pieces. This disc explores how composers build on their history with a highly personal creative vocabulary, bringing their work forward into the present; these artists give thoughtful tribute while also seeking renewal. The program features Béla Bartók’s virtuosic Improvisations on Hungarian Peasant Songs, the boogie-woogie and stride piano-inspired Endless Shout by George Lewis, Chopin’s patriotic and wistful op. 41 Mazurkas, Wang Lu’s modernized guqin music titled Constellations Apart (a premiere recording), and Leoš Janáček’s kaleidoscopic suite In the Mists, rooted in the rhythms of spoken Czech and marked by profound grief.

A musical language, a stylistic legacy, a cultural heritage. A perceptive composer recognizes their roots, but simply reproducing what one knows is something less than composing. An artist can build on their history with a creative vocabulary, bringing it forward into the present, giving thoughtful tribute while also seeking renewal. The result can be inimitable.

One can gather from Béla Bartók’s recording of his own Improvisations that the pieces were conceived with capricious spontaneity. But the work nevertheless shows the essence of Bartók’s aesthetic and style: a total integration of his beloved folk source material and a compositional process guided by harmony, intervallic consistency, and melodic invention. Like the best of Bartók’s piano music, it shows a carefully calibrated wildness of imagination, even in the meditative movements.

Endless Shout is part of an open-ended, striated network of sonic codes that announce membership in what literary theorist Houston A. Baker Jr. calls the “blues matrix.” Baker’s notion of “blues utterance” presents a living, mutable, mobile, noisy, unstable, vibrant—and ultimately infinite set of postmodern possibilities. The work pays homage to the great stride and boogie-woogie pianists: James P. Johnson, Luckey Roberts, Willie “The Lion” Smith, Thomas “Fats” Waller, Albert Ammons, Pete Johnson, Meade Lux Lewis, Dorothy Donegan, and Winifred Atwell. Endless Shout is dedicated to Muhal Richard Abrams (1930-2018), whose passion for the music of these brilliant artists led me to a deeper understanding of their impact on American culture, while provoking me to reinterpret blues utterance in the light of my own present-day experience. The piece was commissioned by the pianist Frederic Rzewski. —George Lewis

Frédéric Chopin’s op. 41 Mazurkas are strikingly varied in mood. The unique rhythmic hesitancy that is typical of the Polish mazurka dance, often lingering on the second or third beat of the bar, invites a performer’s intimate approach. Like improvisations, the pieces have both big and subtle surprises, and a quirky eloquence. Chopin’s Mazurkas are not deconstructions of the dance, but idealized expansions, infused with national pride. The composer’s signature harmonies are the portal to maximized expression in a miniature form.

Unconstrained musical tendrils flow separately and converge, arriving at moments of distillation. Streams sprawl, quiver, pulsate, and flourish. Constellations are held apart at a distance, yet are intimately and tenderly connected through their shared material. The temporal and timbral fluidity from ancient qin improvisation inspired the confluence of gestures and harmonic colors, making this piece both contemplative and a spontaneous exploration. This commission is dedicated to Jacob Greenberg with admiration.
—Wang Lu

The natural accent patterns and contours of the Czech language formed the basis of Leoš Janáček’s kaleidoscopic music. In the Mists was written at a sensitive time in the composer’s life, some years after the death of his daughter and while his operas were struggling to find performances. The hazy, impressionist feeling of the pieces does not obscure a definite progression of attitudes: tentatively finding one’s way in the dark; weighty sadness with episodes of panic; temporary composure followed by articulated defiance; and finally, a noble, expansive grief.

Pianist Jacob Greenberg’s work as a soloist and chamber musician has received worldwide acclaim. As a longtime member of the International Contemporary Ensemble, he has concertized across the Americas and Europe. His solo series, Music at Close Range, shows his equal commitment to classics of the repertoire. He has played chamber music for the Chicago Symphony’s MusicNOW and the Australian Chamber Orchestra, and has also performed with the New York Philharmonic and Israel Philharmonic. Recent highlights include a guest performance of works by György Kurtág at the International Summer Courses in Darmstadt, Germany, under the composer’s guidance; concerts at the Santa Fe Chamber Music Festival; Boulez’s Sur Incises with the Seattle Symphony; and solo and concerto appearances with the International Contemporary Ensemble at Lincoln Center’s Mostly Mozart Festival. A leading pianist of modern song, Mr. Greenberg has toured and recorded extensively with soprano Tony Arnold. He is also a record producer, and has completed discs for major domestic and international labels; his many personal projects for New Focus Recordings feature over a dozen solo commissions. Mr. Greenberg’s podcast, Intégrales, explores meaningful intersections of music and daily city life. He is on the faculty of the Tanglewood Music Center, and has taught at Hunter College, City University of New York, The Juilliard School, and the State University of New York at Buffalo.
jacobgreenberg.net

The George Lewis is the most overtly Modern of the works, understandably, and at the same time calls upon Jazz influences for a startling cascade of melodic invention. But nonetheless the programmatic emphasis throughout is on works that develop a highly fluid melodic syntax, a note-to-note speaking as it were, an articulate flow of musical-melodic meaning. Wang Lu's premier recording of "Constellations" brings us more of the High Modernist triumphant with sparkling luminosities of scale-chord assertions of great beauty.

Beyond that we get remarkable flow and brilliance in Greenberg's reading of Chopin's "Mazurkas, " Op. 41, the stunning Bartok workings of his "Improvisations on Hungarian Peasant Songs" and the equally thrilling ins and outs of "In the Mists" by Janacek.

Greenberg's lucid phrasings makes some special and spectacular fare out of these exceptional works. I highly recommend this one without hesitation. Listen and you will know, I suspect.