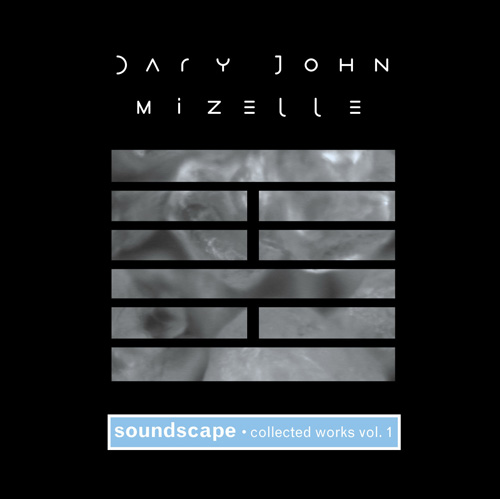 Audiences and critics alike have hailed Dary John Mizelle as a Renaissance Man of modern music, giving rebirth to the traditional sounds of ancient instruments such as the Japanese Shakuhachi flute, extended use of the human voice, and conventional and unconventional acoustical instruments. His palette includes the symphony orchestra and chorus, as well as the exciting sounds of electronic and computer music.

Soundscape, Collected Works Vol. 1 is the first volume in a series which will document the major works by this acclaimed multidimensional composer, and includes works for percussion, toy piano, and electronic media.

The disc begins with the premiere recording of Metalsong II, beautifully performed by toy piano diva, Margaret Leng Tan, followed by the epic Soundscape for percussion ensemble. Soundscape is a breathless tour de force which takes the listener on a metascopic and quite endless journey into the essence of matter and its inherent wave defining potential. Pi/Grace is a meditative work looks outward to the endless reaches of space, finding a point of eternal grace somewhere between the lustrous tympani glissandi and the resonant wood blocks. Samadhi is a work that can truly be appreciated when one's consciousness is removed from the mundane. Mizelle's use of these classic retro synth sounds and ancient computing technology make this work extra cool.