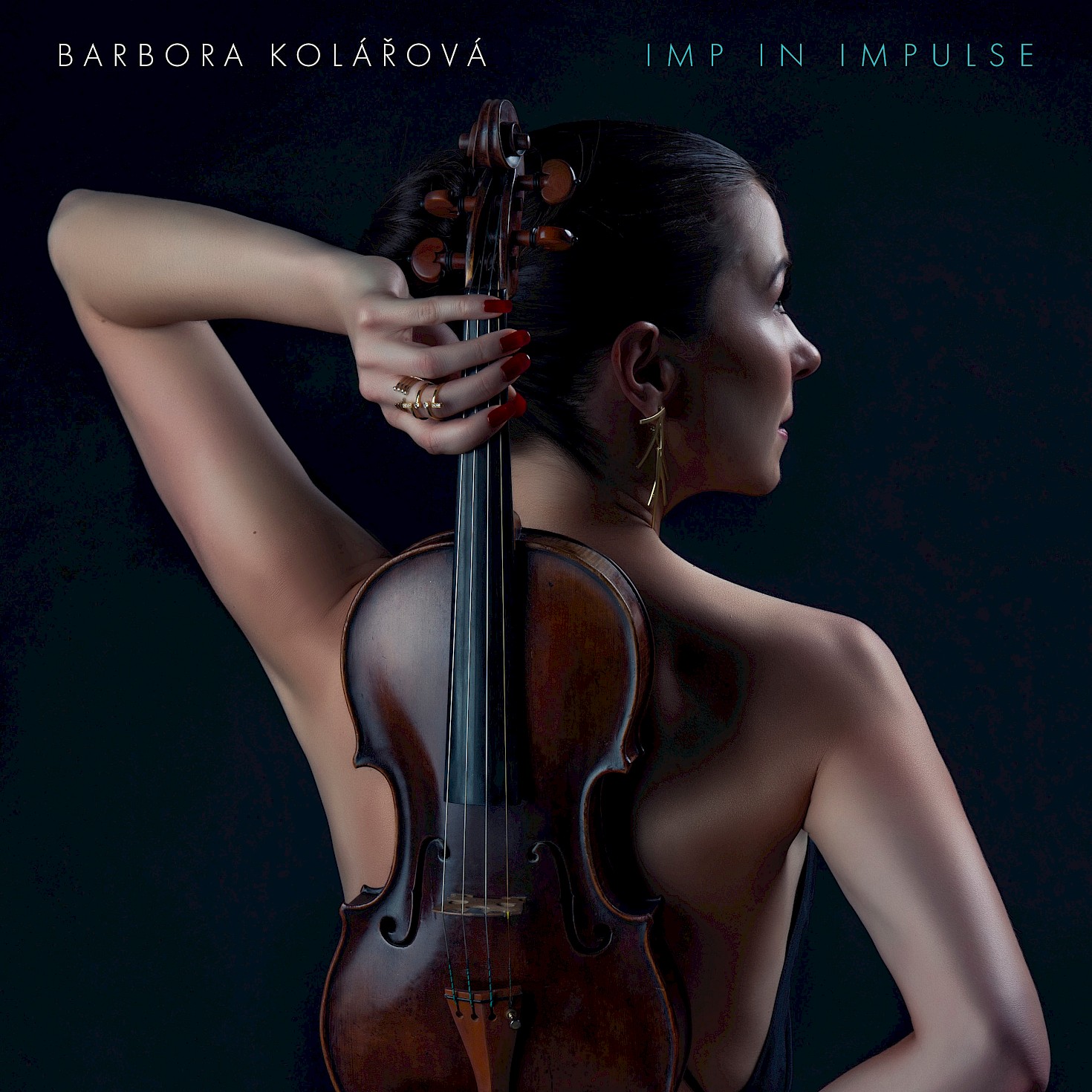 Virtuoso Czech violinist Barbora Kolářová releases her debut recording of three works for solo violin, one written for her and heard in its premiere recording, and the other two significant works that are given new life and deserved attention through her vibrant renderings.

Imp in Impulse is a caprice written for Barbora Kolářová by American composer Pascal Le Boeuf (1986). The title is a phrase used by American philosopher Dr. Paul A. Lee — a metaphor describing a spirit that tempts a person to do things without inhibition. Perhaps a precursor to Lee’s metaphor, the colloquialism “The Imp of the Perverse” was popularized by Edgar Allan Poe’s 1845 short story of the same title. In either case, this imp has come to be associated with what Harvard psychologist Daniel M. Wegner describes as ironic processes of mental control: “These monitoring processes keep us watchful for errors of thought, speech, and action and enable us to avoid the worst thing in most situations, but they also increase the likelihood of such errors.” Following Dr. Wegner’s research, such impulses arise due to a focused intention on avoiding specific errors or actions. According to Poe, “that single thought is enough. […] There is no passion in nature so demonically impatient, as that of him who, shuddering upon the edge of a precipice, thus meditates a plunge.” This impulse is present at various levels throughout this composition from the performer’s shoes and bowing directions, to the cheeky juxtapositions of traditional and unorthodox compositional devices.

A gifted composer and pianist, Jean Françaix wrote music that drew frequently on traditional forms and was historically inspired. His work is often described as neoclassical, demonstrating a preference for melodic themes and tonality with timbres and textures that frequently betray his French roots and are reminiscent of Ravel. Written in 1980, Françaix’s Tema con 8 variazioni for solo violin remains one of the composer’s least performed instrumental works. Over the course of the piece, the buoyant and lilting theme undergoes a series of transformations, each of which is centered on a particular technique idiomatic to the violin in the manner of Niccolò Paganini’s 24 Caprices for Solo Violin.

Evident immediately from its title, the Partita for Solo Violin by Moravian composer Klement Slavický pays homage to J. S. Bach’s landmark series of Six Sonatas and Partitas for Solo Violin (BWV 1001–1006) from 1720. Although both pieces rely heavily on gesture to make each movement come to life, Bach’s partitas draw on well-known Baroque dance forms, while Slavický’s movements utilize modern genres that are defined more by dramatic character than traditional structures. In “Improvvisazione”, the lack of barlines and florid ornamentation afford the violinist significant performance liberties that contribute to the movement’s improvised character. The “Intermezzo” serves as a moment of respite, and in this movement we are given the most tender melodies of the entire work, which emerge from a constant pulsing that unifies the whole movement. The third movement, “Esercizio”, is a technical endeavor for the violinist, requiring the performer to traverse the highest and lowest registers of the violin in a constant stream of notes that alternates between duple and triple divisions, while the fourth movement, “Dialogo”, unfolds as a conversation in which the violinist must perform the roles of the different interlocutors. Though we are given no program for the dialogue, Slavický’s tempo markings and directives provide some sense of the nature of the exchanges, moving from calm and tranquil sections suggestive of agreement or concern to more animated and impassioned passages evocative of disagreement or anger. In the final movement, “Capriccio”, sudden moments of rest and playful slides contribute to a lighthearted character that round out the many emotions explored in this dramatic work.