9 Stellar PiecesSolo Music for Winds after the heavens' brightest stars 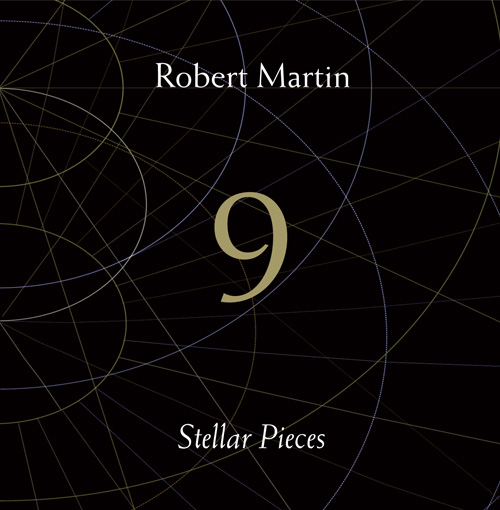 Knowledge of the stars has not dispelled their wonder. Our stories about them have altered—we see in them now huge gravitational force, immense age, vast distance and the synthesis of the atoms of which we are made, not the dotted outlines of gods, heroes and celestial animals—but that change has not diminished the awe they evoke, for our stories are as extraordinary as those of an older time.

Robert Martin’s Nine Stellar Pieces seem to belong to both times, both sets of stories. Their vigorously modernist style places them in a contemporary world of quantification, precision, and disinclination to accept received ideas without acute analysis. But their sound-poetry also pursues the stars’ ancient associations, besides taking account of their appearance—the luster that has stayed the same through the millennia, all nine subjects being among the brightest in the sky.

"...their sound-poetry also pursues the stars' ancientassociations...the luster that has stayed the same through themillennia, all nine subjects being among the brightest in the sky."
—Paul Griffiths, Music Critic, New York Times

"Nowhere do I detect any particular influences at work, the score coming from a personal musical voice that has an instinctive relationship with each of the instruments used...Do give the disk a try, for these are highly interesting excursions into the capabilities of wind instruments."
—David Denton, Fanfare Magazine, Nov/Dec 2000